The birch tree has been called the “Tree of Life” in different cultures for the multiple beneficial effects on the skin and for wellbeing.

The sap collected in spring, before the leaves appear,  is harvested for the high content in minerals and for the detoxifying action. It has been used in many different cultures in different parts of the world throughout centuries and so it is used nowadays.

Probably the word birch means “trees that shed the leaves”, meaning renewal and hope for a new cycle, represents the trust in a new time to come in which the unvisible shall unfold again with new force.

The pink cloud formed by the buds  on the tip of each branch gives a message of color and a call for the human being.  It is the color closest to man.

Sap is called the Elixir of Life recognizing the power and positive effect on health and its revitalizing effect.

In addition to the sap other parts are used for therapeutic preparations: flowers, buds, bark, leaves and even the roots.

Rudolf Steiner describes the complementary and similar process of the birch tree and the human being between the inner and the outer world. This complementary good action is showed especially on the skin.

Many trees and plants show a determination to serve humankind and they reach a wide field. The birch tree complements human beings in the way that the albumin formation in the leaves and the potash salts being eliminated through the bark. This process reflects the formative process of man giving good help to overcome traumas and to recover the original plan so healing what went wrong can be made right.

Birch trees reflect the higher resources that help to restore once and again, not only overcoming the fault, but also giving birth to the goodness hidden in the process, attracting resources and combinations of them never used before.

Brave beauty comes to expression when the birch tree resources are used.

Birch tree is the first tree that grows on the land after a glacier, also the first one to appear after an area has been burned.  Birch tree is a pioneer tree that opens the way to other trees. The sap and other products are pioneers bringing forth resources and potentials that act on the skin level after coldness or fire.

The antioxidant power of birch products is fundamental for the breathing of the skin and so the transformation of the elements in ethers can take place, in this sense it is always revitalizing.

Breathing between two worlds is enhanced by activation of visual perception of a resolved phase.  Birch trees open up (with beauty and courage) a wide field of possibilities and with its white, shiny bark that has been used to write many stories.

Birch tree bark has called to be written on to tell others how to find a better way, Its more intense action is manifested in the Memory of Life and Memory of Form.

Genuine expression in a human being is beautiful, but to come to it, it is necessary to conquer areas that were frozen because they were not being used due to different traumas.

The birch tree produces many seeds that have almost no weight. In one kilo one can find more than a million of them.

Human beings need their experience of levity and the etheric reality that enhances, inspires and alleviates from heaviness. We need to balance and compensate the effect of gravity with levity.

Between gravity and levity we find realization in a more distinctive way that has to be chosen with more personal criteria, will to be and clear knowledge. 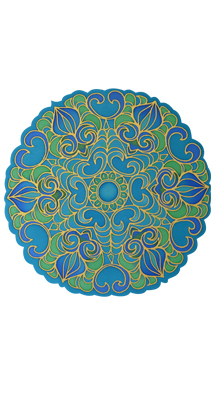